Meet the Crème de la Crème of the Barber Industry.

Barbers that are making their passion, their paycheck.

Everyone needs a mentor and if not a mentor, at the very least an inspiration. That’s why we’re here.

Thanks in large part to social media, so many barbers are being recognized for their skills behind the clippers earlier in their careers than ever before.

And that’s great news for you and your barber career. Not only does Instagram give you endless barbers to look up to or learn from, the door is opener wider than ever before for you to make a name for yourself in this industry.

We’ve complied our A team below of the baddest barbers in the game. From magazine covers, to coveted ambassadorships, celebrity styling, and winning prestigious awards, these top tier barbers have done it all.

Learn from them, look to them for inspiration, and set your goals high.

The Influence: The golden girl of the barber world, literally, her Instagram handle is @staygold31. And her work is all gold standard. Sofie has been on the cover of countless barber mags, such as BarberEvo, in 2017 she was named Barber of the Year at the American Influencer Awards, and in 2018 named Best Female Barber at BarberCon in NYC. Oh, and she’s also on team BaByliss. Her work is just as modern and edgy as she is. Need to spice up your game? Look no further for inspiration. 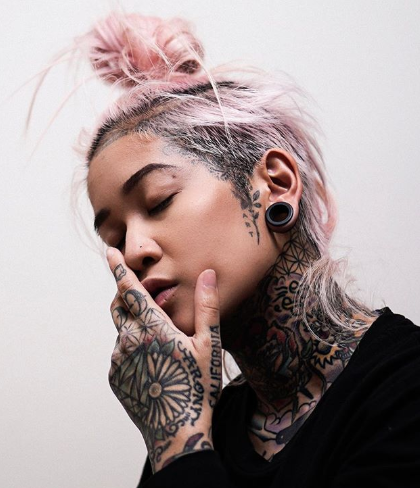 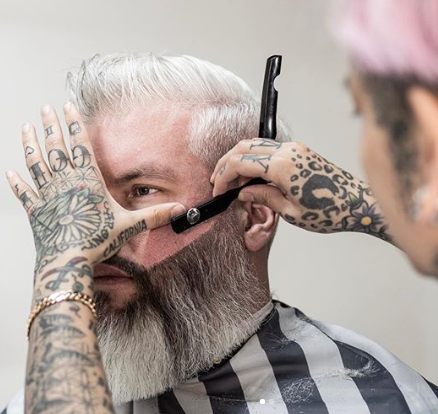 The Influence: Not only do we love Mark Bustos’s work, we love that he’s also a “humanit.hair.ian” and has traveled the world cutting hair in underprivileged countries, sharing his skills, and helping those who need it most. Mark has certainly left his mark on those who need it most- it’s amazing how much a simple haircut can mean to someone. He’s obviously also a super talented stylist, who was nominated for Men’s Hairstylist of the Year at NAHA and has continuously pushed the bounds of hair-cutting, gender fluidity, and how we define ourselves. 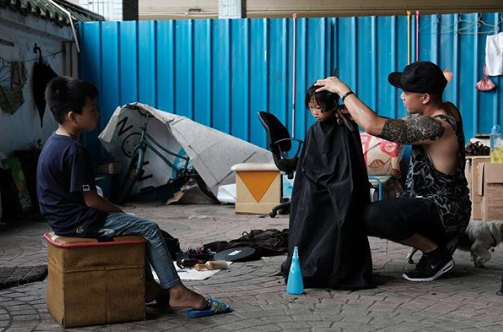 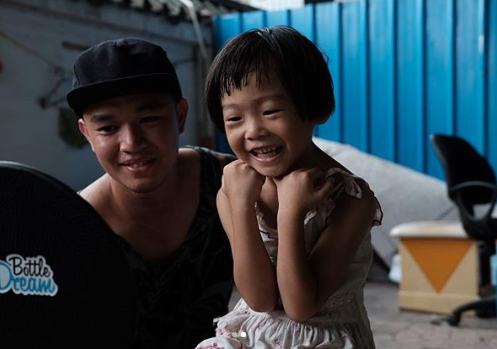 The Influence: His Instagram handle may be popular nobody, but John Mosley is certainly not a nobody. For John, who’s been a barber for more than 15 years, being in the beauty industry ran in the family- both his mother and sisters are stylists as well. You’ve probably seen John’s work on celebrities or in magazines, like we said definitely not a nobody. John is also an educator for Hattori Hanzo Shears, Andis, and Paul Mitchell. He’s been a pioneer in developing barber curriculum's, products, and programs. 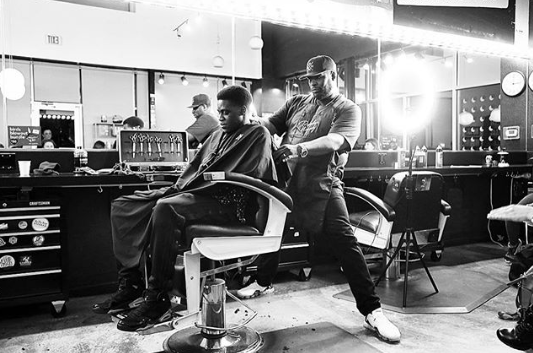 The Influence: A barber and an entrepreneur. Yes, we agree all barbers are entrepreneurs in their own right, but Matty is the founder of Victory Barber & Brand- ya know, that company with super rad and modern products for men’s groomers. In addition to founding Victory, Matty was named Canadian Barber of the Year in 2018 and the BTC Big Shot Men’s winner in 2018. Matty specializes in making his clients their most handsome, and if you ask us, he’s doing a damn good job. 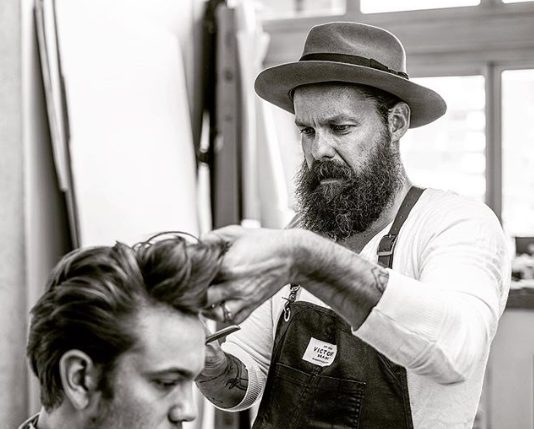 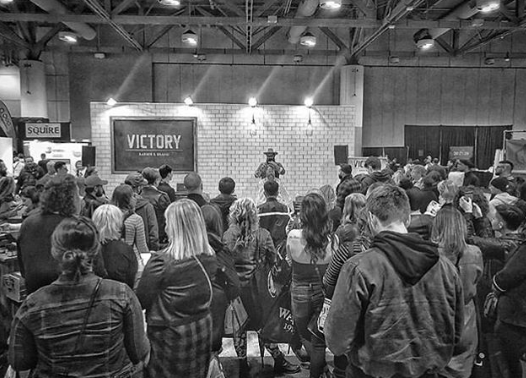 The Influence: The cutthroat kid. The heel of hair. Our favorite antihero and badass stylist. While Mikey is actually a certified cosmetologist, he’s blurring the lines between the beauty and barber worlds, and we can’t get enough. He’s an ambassador for Redken’s Barbers and Brews, has been featured on the cover of BarberEvo, and is taking the barber world by storm. Mikey believes in staying true to yourself, your brand, and to hell with whatever anyone else thinks. His biggest piece of advice for succeeding in this industry? Have a thick skin and create your own trends- don’t follow them. Want more of Mikey? Check out our sister brand’s exclusive spotlight on this barbering badass. 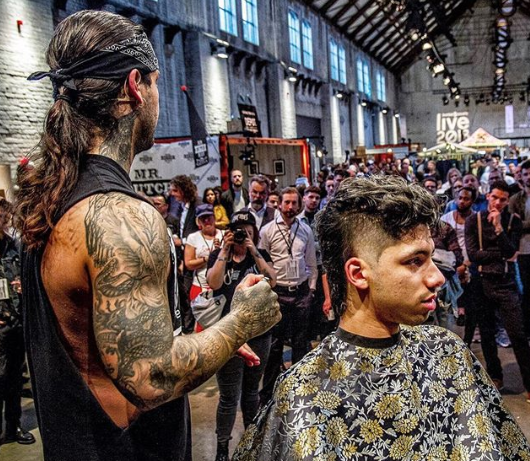 The Influence: You’ve never seen a fade, like a patty cuts fade. Pat Regan is making a name for himself in South Florida, and nationally, cutting NFL athletes’ hair, while producing the sickest and cleanest fades you ever seen. Of course, with skills like these he’s on team BaByliss. We’re not the only ones who’ve noticed how strong his fade game is either, in 2017 he won Best Fades of the Year at Barbercon and in 2018 won the People’s Choice Award at Barbercon. And yes, below are Mark Ingram and Travis Kelce showing off Pat's cuts. 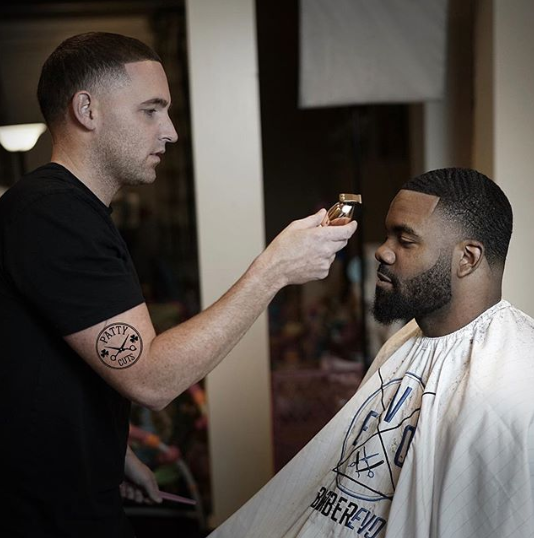 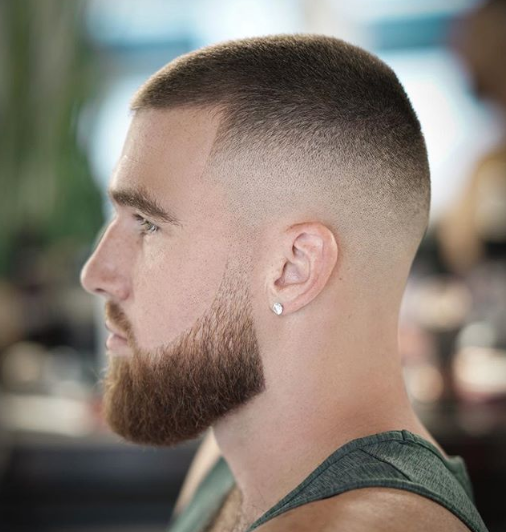 The Influence: An OG artist. Honestly, we’re not sure there’s anything Philip Wolff can’t do. Women’s cuts, men’s cuts, color; he’s a master at everything. Philip is a global educator with not one, not two, but three industry powerhouses. Philip works with Matrix, Salon Centric, and Brazilian Bond Builder, he also debuted he own shears. If you need a break from the traditional, or want to expand your services, Philip is a great inspiration.​​​​ 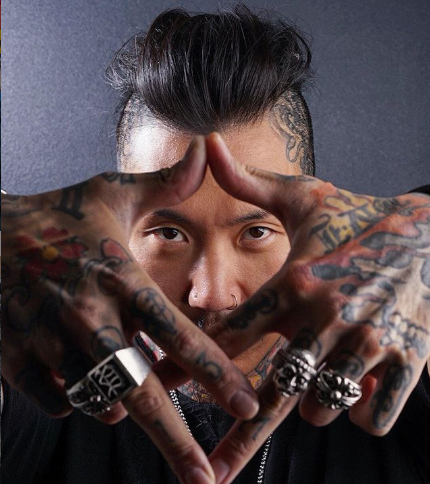 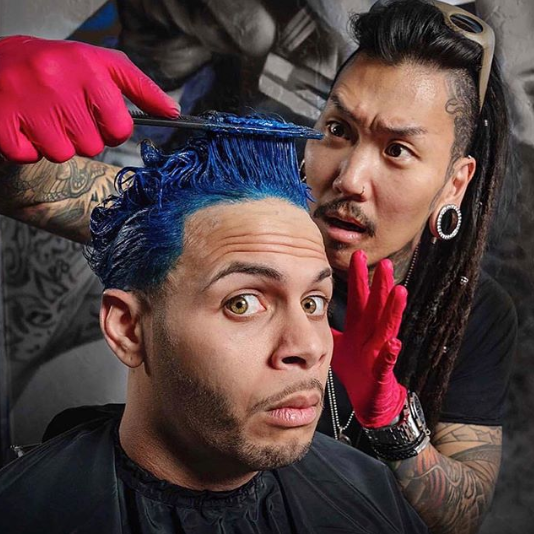 The Influence: First, we love his Instagram handle @tailorfade, and true to its name his fade game is 100. Trevor is definitely an up and coming barber to watch. He’s only 25, but already part of Andis Nation, a Hanzo artist, and Victory Crown Barbers. Attending Premiere this summer in Orlando? Don’t pass up your chance to see his skills live alongside John Mosley, educating for Hattori Hanzo. 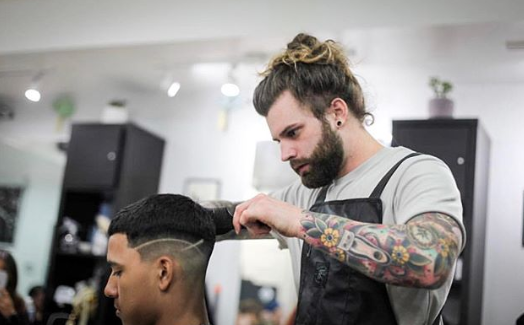 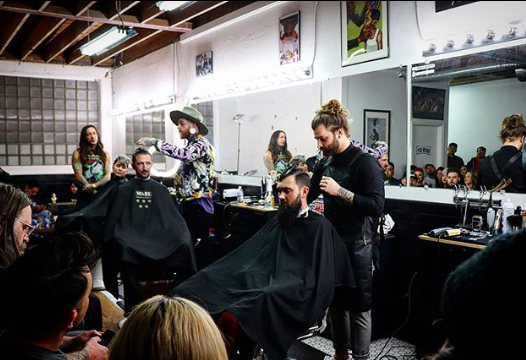 The Influence: Holy aesthetic. One look at Whitney’s Instagram and you’re immediately in her world. Branding 101. Like some of our other influencers, Whitney is a cosmetologist who is barber-trained and has also been featured on the cover of BarberEvo. Whitney is a Global Platform Artist for Mizutani Scissors, and is the Creative Lead of Global Education for Andis. Talk about inspirational. Whitney is also a NAHA and BTC award winner and part of the Beauty Underground collective. 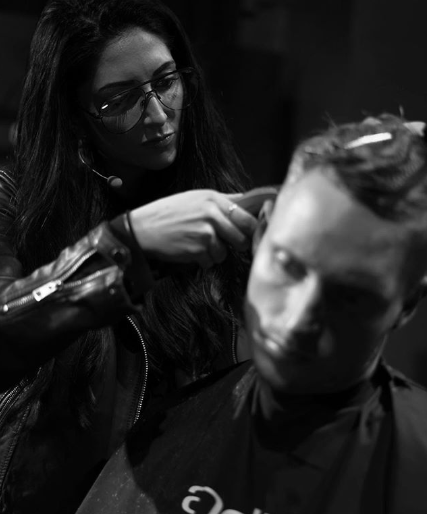 The Influence: Hail to the queen, queen of the South that is. Pati specializes in precise and detailed braids, making unbelievable patterns. Her braid work is truly next-level. She’s actually nominated for Rookie of the Year, at the CT Barber Expo, and voting is open RIGHT NOW. In addition to her stunning braid work, she’s also a licensed cosmetologist and is kick ass at hair cuts and color, too. 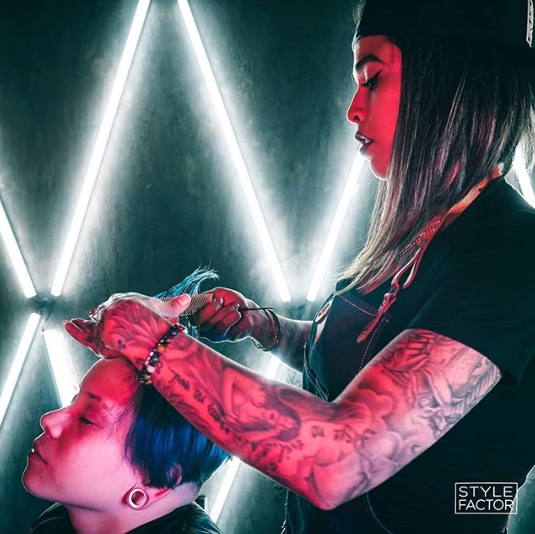 The Influence: If you didn’t already know who Tyrik Jackson is, he’s the barber education guru you need in your life. Tyrik is a master barber, educator, mentor and coach. He’s also the founder of the Premiere Barber Institute and Sharper Image Barbers. Tyrik hosts #TyrikTalkTuesdays where he shares all of his knowledge about succeeding and thriving in the barber game. In addition to being an education extraordinaire, he’s definitely still a dope barber too. Check his cuts and advice on his Instagram.

The Influence: Luis is cutting some of the biggest artists in the Latin and music communities, like Nicky Jam, Bad Bunny and J Blavin, to get the list started. He’s a young barber with a business mind, unique style true to his Latin roots, and he’s taking Miami and the barber community by storm. He’s an elegance gel ambassador, has his own YouTube channel, and has a more than modest Instagram following at 222k. 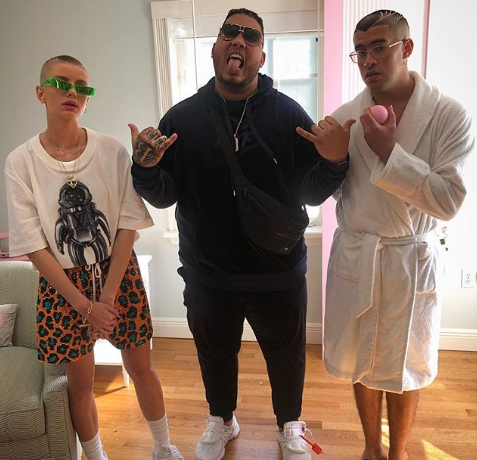 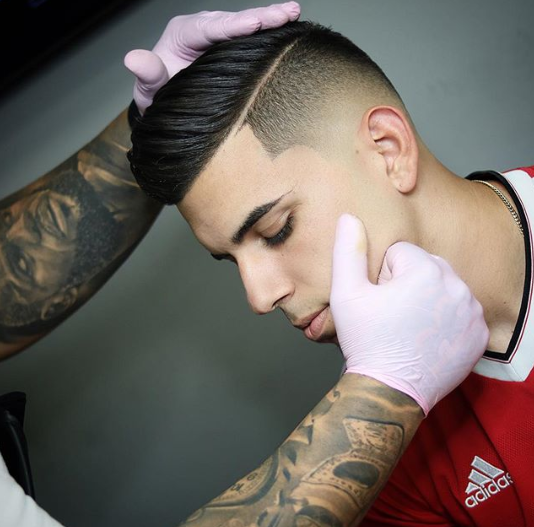 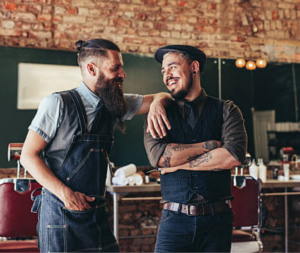 PROFESSIONAL BARBER INSURANCE: DO I NEED IT?

As a professional barber, you take pride in providing high-quality services. Barber insurance will provide peace of mind and security you need for the future of your career. 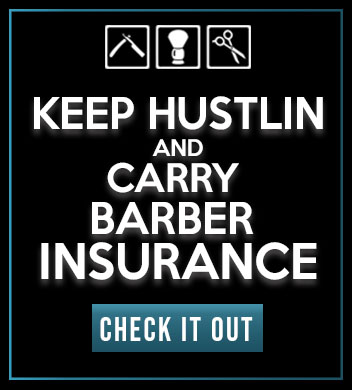 Dedicated to the Master Craft of Professional Barbers💈
Providing education, resources, and protection with NAOB Insurance Plus.
Tag @nationalbarbers

Take your career to the next level 💯 @anthonyth

@brahiamcutz with this all-around cut 🔥🔥 . .

#TBT ... Open-air barbershop at the University of

Dedicated to the Master Craft of Professional Barbers💈
Providing education, resources, and protection with NAOB Insurance Plus.
Tag @nationalbarbers

Take your career to the next level 💯 @anthonyth

Load More...
This error message is only visible to WordPress admins

Rest assured you and your career are protected with the National Association of Barbers. We're A-Rated and backed by some of the biggest names in the industry.